A downloadable game for Windows, macOS, and Linux

In a city where the lives of humans are subjected to a time based currency system, you play the role of a hard up detective who goes on the hunt for a seller of fake time.

There are two different modes: Movie and Game Mode.

Change this in the graphic settings. 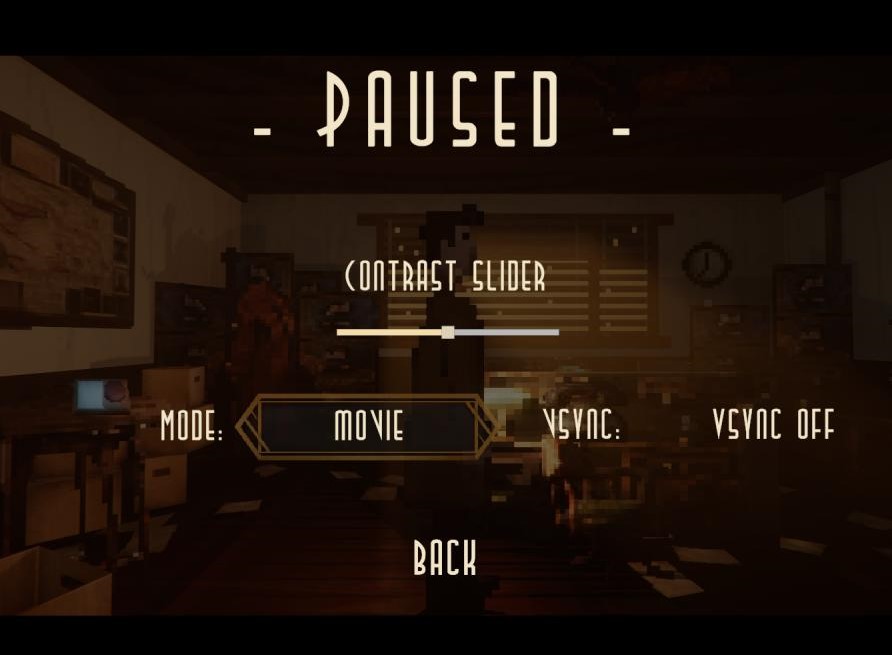 PC (Recommended: GTX 960 and higher with at least 6GB of RAM)

Linux (Linux users - Please test this for me)

Inspired by the gorgeous visual style of The Last Night , Bioshock and the concept from the movie In Time, TimeOut is an adventure narrative game made for a university final year project.  All assets including art and programming were done by myself over a span of two semesters in the School of Arts, Design & Media, Singapore.

Finished the game! I am so amazed by it! I really loved the overall atmosphere and design.

I liked the Pixel Art and the game design is amazing :)

Tried it in Linux. I see the office. Thats great! A year ago all was dark!. But when i try to get out of the office i see dark.

Stunning game with a neat plot, inspired me so much as a game development student

omg this is so cool. I LOVE PIXEL GAME AND THIS IS PIXEL AND 3D? nothing can possibly be cooler than that to me. The visual is pretty to look at. The lighting along with the piano music gives me a sense of comfort. I wish I could play more of it.

Reply
Kidd_Ichigo71 days ago
We had been wanting to play this on the channel for awhile now, the concept of a world built on time-based lifespans is horrifying. The art style is really impressive and I loved the look of the world visuals! So glad we finally got around to checking this out :)
Reply
pattonpower9081381 days ago

Man the visuals and sound design is amazing. Can't wait to play the next game you put out.

A brilliant student piece, cannot wait to see what this team gets up to as professionals!

If You Liked The Movie In Time Play This Game Trust Me You Will Love It, Expect A YT Video Soon ;)

What a fantastic game. The atmosphere is excellent. Using the same premise, you wouldn't go wrong to evolve beyond simple pixel art. With the resources this involves, you could also expand the story line with minimal effort, thereby increasing gameplay time. ;-)

PLEASE PLEASE PLEASE keep this game going.  It's literally one of the most if not the most unique games I've ever played.  BRAVO!

Bug: Game uses excessive CPU and GPU due to unlimited FPS trying to run as fast as possible.

Workaround: If possible use your GFX driver to limit the game FPS to 60 or lower eg. film/TV speed of 30 FPS.
For ATI/AMD owners this is the function named "Radeon Chill".
Due to the type of game this is there is no benefit of high frame rates, as the game still runs smooth, and your fans are quieter.

This game is really very nice and polished, and I highly recommend it, but lacks a few polished-package touches like screen size and mode (Unity can offer the default config window at the start. No shame in using that). A minor gripe but does affect the amount of users that can play it.
The lack of being able to set the volume in the game is my most frustrating issue due to how ear burstingly loud it is compared to the rest of the desktop audio (eg. people in voice chat).
It is lovely audio and production but I'm not sure the people living next door appreciate it as much.
However, again there is a workaround by locating the game in the volume mixer for your operating system and set it there.

Dev Tip: From a game dev point of view, it is very common for people to overlook the menu page being as resource hungry as the actual game.
Unless there is a good reason not to, it is always worth using a stricter FPS limit on the menu pages or when paused (this is sort of what Radeon Chill does).

I just started the game, its look beautifull!

I just have two problems :

2) The game turned black after enable v-sync, i still see the menu (I am on linux).

I saw a TikTok about this and I knew I had to play it when I got a PC. The time has finally come, and I love this so much dawg. It's so beautiful. I wish I could explore more of the world. You also put The Last Night on my radar with this, so thanks for putting me on. Take all the time you need, but please make more.

Let me get to it!

Hey guys, I made a walkthrough of the game if you want check it out.

How the fuck do I find the god damn phone the room is pitch black.

Hey sorry to hear that. Unfortunately, this is a graphic bug on some devices that I can't seem to figure.

how am i supposed to start playing once i downloaded the files?

the game crash whe i try to open it

Revive : Yooo i from where should i start...First of all Its a really beautiful game. Loved the pixel art with the Volumatrics.

Loved the story. I always have this issues with other games that they are not long enough. i thought the same for this game in first place cuz i thought it looks really Good but wont be long enough BUT the Game is perfectly Long enough.

Thanks for this amazing game

Really good game for a university project. The art style is honestly stunning. The story has an interesting concept, and I would love to see it expanded on in a full game. The shooting is nothing to write home about, but superb job overall!

Oh, and I don't want to be too critical, but I was slightly disappointed when I accidentally triggered the "bad" ending. I feel like that choice could have been made more clear.

Hi, which game engine did you use?

unity3d，This icon is displayed in the game folder

Games like TimeOut are a thing of beauty and are an excellent display of what pixel art can do, especially with the right lighting effects. The rough edges add to the grittiness of the world while also providing extra depth to the environments you traverse. I've always been a big fan of 2D elements in 3D worlds and this did not disappoint.

Great job, dev. This could totally be turned into a full length game.
Reply
chomwitt1 year ago

In Debian 10 , in the game menu i see only play and quit, no settings. When i hit play i hear music but the screen remains black.

just played this game. the art style is amazing and the story is crazyyy lol. you can check out my lets play here :)

For a final university work, the game is very good. Who knows, one day we may have a more elaborate and bigger version of this game? Kudos to that!

LOVED IT! Everything from the style to the story was very well done.

The art style is great! Thank you for making this

Hiya just wanted to say what a beautiful game you have here. From the art style to the music it's all pretty cool; also sorry if I kept singing a few times tbh I couldn't help it.

Very unique style, with clearly a lot of love, thought and effort put into it. Great atmosphere.

Was a beautiful game and the music was also super smooth and perfect. The concept too was really interesting and like that In Time movie and the plot hence was not bad either! Even how the bullets take out your time and not actually hurt the player was really cool.

Only thing I can suggest is to make the music a little software as in some cases it overshadowed the talk of the NPCs.

Other than that, it was a brilliant game and massive fun to play!

An interesting game. Loved the design and the music.

hello, I'm having problems with the subtitles: it's very delayed and out-of-sync with the dialogue. When I "met with the 1st client", the subtitle became so slow I cannot progress with the game. Anyone else who has a problem like this?

I don't have words. This game is absolutely amazing and the lighting really sells it! The true interactivity that it has to offer shows me that you are heading in the right direction!

it crashes when i leave the office 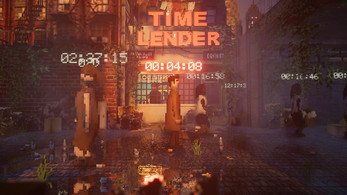